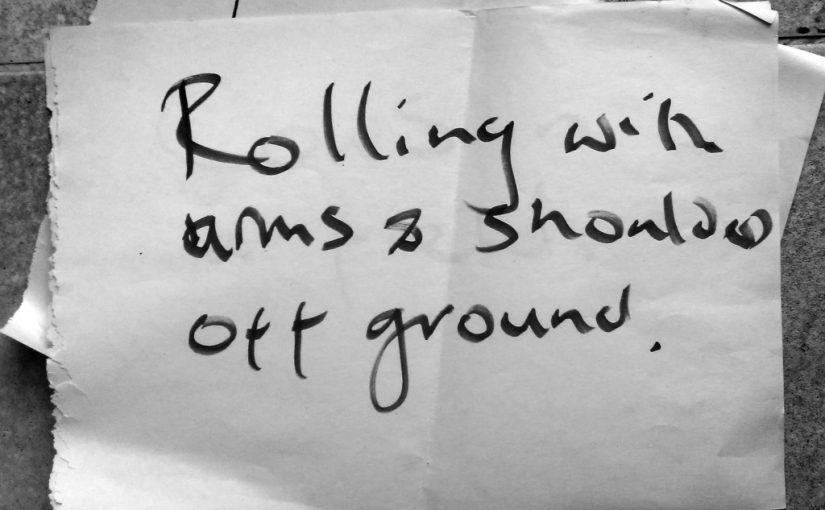 ‘I learn so much from my students’ is often said by those who teach. But is it true? Teaching/facilitating at a session of Oxford Contact Dance in October, I had something of a rude awakening!

There were three people at the ‘Creative Dance’ session, and that includes me as the teacher or facilitator. Not much of a turnout but good for the dance students or participants – like a tutorial at Oxford University! In the past, there have been up to twenty at a session. Oxford is like this. A city of only 165,000 people yet – according to the City council – one with over 700 dance classes every week. So much to do: so few students!

Bring your ideas and movement to this session and let’s create dance. There’s only three rules:

1) There is movement and/or non-movement in your dancing. Yes, you can stand still! If you can walk into the room then that’s dancing and that’s also a dance. But you could move in other ways too …
2) We dance with others – no solos.
3) Contact is fine – we facilitate contact improvisation, after all.

Of the two ‘student dancers’ or participants at the session then one was an Australian backpacking around Europe and beyond who had some – perhaps just a little – experience of dance but none of contact improvisation. The other dancer – the more experienced dancer – had attended a ‘taster class’ for contact improvisation with me, and danced contemporary – occasionally.

I started by explaining how we’d construct a score – creating dance and movement elements and then arranging them into a sequence for the final work. It was something which was not familiar to them. I demonstrated the movements and asked them to join-in. I wrote the titles of dance elements onto A4 sheets of paper and encouraged contributions while extending the breadth of ideas and movements with further contributions.

At one point, I suggested that I and the more experienced participant dance together and demonstrate to the other person what contact improvisation looked like. This was the point where the class fell apart – or abruptly changed from completing the score and moving into performance – as I had intended!

‘I really came to move’ said the experienced dancer. I can’t afford the £7 class fee they added. Clearly, the class hadn’t met their expectations. The Australian participant then left. The class – which could be said to be ‘Avant-garde dance’ wasn’t something which they liked – it seems! The sudden loss of confidence and meltdown then finished it. Boom!

I reassured the dancer who’d lost their confidence, and said not to worry about the class fee – we’d already paid for the room hire. I sat on the ground, I listened to what they said, and we had a chat about their needs and expectations.

Clearly, money was a concern to them. There was the desire to move yet not to seen to be moving/performing – even if the audience was only one other person.

There had been the mention of ‘wanting to just move about’ earlier in the session too. Perhaps that’s a cue which I should have picked-up on? We could literally have run around the room; I could have led exercises and games to … get moving!

As I sat there, I explained how the month’s weekly sessions had been structured with different purposes to each session: a class, a jam and a ‘creative dance’ session. That seemed to have been missed.

Then there was the money. This dancer’s work/job was coming to an end. Another dance group in Oxford had been offering classes on a ‘pay-what-you-want-basis’. This session at Oxford Contact Dance was a (£7/£5 concessions) fixed cost for the hour. I was asked about the cost of the room hire, and there was mentioned of the taster class which I taught previously and which was free. I also said our Dance in the Park summer classes – classes/dance sessions in the local park were free too. Truly, there is an ‘abundance economy‘ operating here in Oxford!

The session ended amicably with an understanding of that month’s events. I also learnt that I need to repeatedly say what we were doing so as to set expectations. Then expectations will be met, surely! It also helps to understand that some people don’t want to perform, even if the class is advertised as with an emphasis on performance. Oh yes, and I must listen more closely to students too. Finally, students bring their whole lives to class – be prepared for that. It happens.

Generously, the student gave a £5 donation to the class costs and the session was over.

As is said: you live and learn.