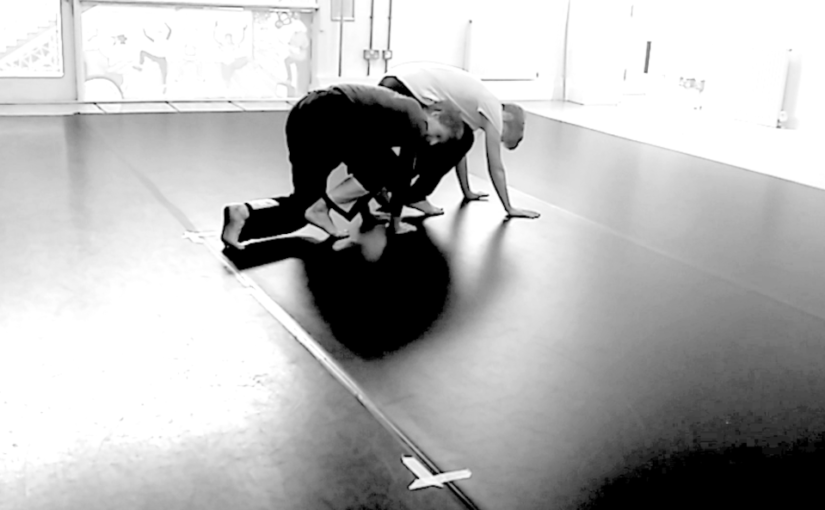 Dancer Jo Blake and I created a duet. We had less than six hours dancing together, and we used a score with three parts to create this new dance. Subsequently, I submitted our dance to Dancin’ Oxford for its Moving with the Times 2021 commission.

Jo Blake and I danced ‘Coming Home’ at the Old Fire Station, Oxford on Saturday 28 August 2021. This was a composition session and unrehearsed.

About the artistic concept / idea

In this duet ‘Coming Home’, duration 5 minutes – dancers Andrew Wood and Jo Blake perform in a three part structure (a ‘triptych’) that is rooted in our common experience of the pandemic with its feeling of: confinement and compression; the ethereal and dreamt; visitation and escape.

Lighting creates a ‘lightbox’ on the stage floor- an illuminated rectangle. This stark form has a hard edge which slices into the dancers bodies as we dance at the boundary, into and out-of the illuminated but confined space. It allows our bodies – their limbs, to pass into and out of darkness, and to apparently float in space without attachment.

This three part composition consists of:

A figure lays dormant in illumination while another paces its boundary. The figures while separated, are related through eye contact and movement relations. The quickening pace stirs the dormant figure to become active and arise.

The dancing figures touch. Their bodies in contact, joined at the chest, arms outstretch, they walk the boundary in a tango. The silhouetted bodies merge into a single figure with four arms – like a Hindu/Greek goddess.

Going to ground, joined at their heads, and using contact improvisation and floor-work, the figures dance together until one is expelled from the illumination; the remaining dancer becomes a solitary figure, slowing and then still. Darkness falls.

Intentionally, the composition is abstract. Like a piece of surrealist art – I ask the observer to create the meaning.

You’ll notice that there is a square marked onto the dance floor using masking tape. This is the size of a rug in my living room (150x240cm) which became the boundary of an exercise area during the 2020/2021 COVID epidemic. You can see it in a couple of previous posts! But that doesn’t imply that the area on the dance floor represents the rug. The possibility of it meaning many things is part of its function. Indeed, it would be true to say that it only represents a boundary of some sort.

All of these photos are taken from the video footage shown above.