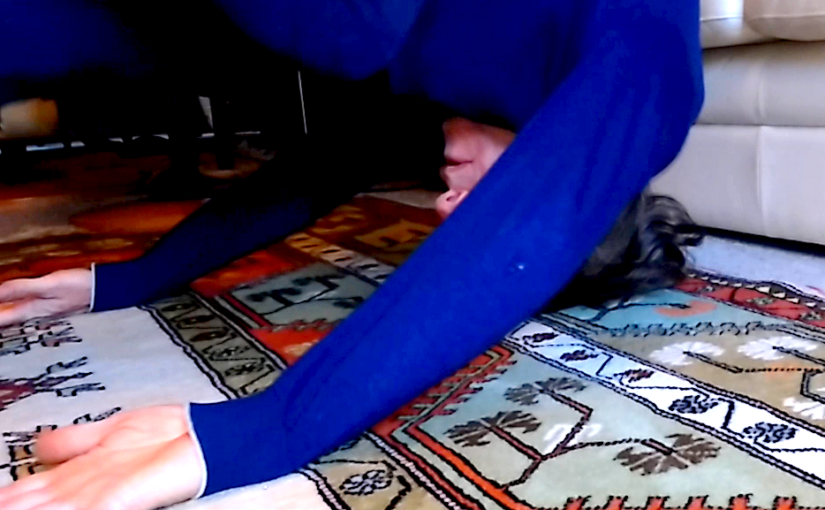 My research into headstands, led me to consider a different stance to one which I’d normally use, and where the outside of my hands rest on the ground, supporting. Hence, the Aikido headstand!!

Why am I calling this – rather light-heartedly – ‘the Aikido Headstand’? Because the hands are facing outward which is the stance taken in Aikido thus allowing the movement over the hand, arm and shoulder without impediment. That’s why! There isn’t actually an official Aikido headstand (as far as I know!). But if there was one then what would it look like?

One consequence of the hand stance in this ‘Aikido’ headstand is that it’s easier to slide the arm out than in the conventional position of the hands. It’s both an aesthetic and a bio-mechanical consideration. In the conventional hand stance then there is twisting and bracing in the hand/wrist/arms which – while it increases stability – also leads to less flexibility!

The Aikido Headstand! Up and down!