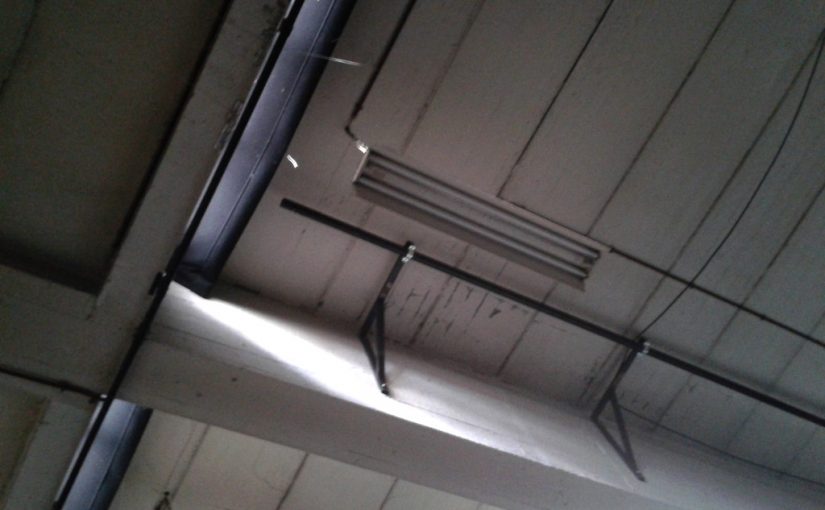 This is the third day of a five day intensive for play-fighting with teacher Bruno Caverna on Wednesday 8 August 2018. [Next day]

What is the difference between these two ways of walking? For me, the second means that my upper body is more forward and that my toes are more in contact with the floor than my heel. For the simple walk then there is weight both on my toes and heel but more on my heel.

We repeat an exercise that we tried earlier: to release a person to the ground and to ‘fall them’. I try this – which is not what we’re taught: I work with a standing person, and I lift their arm by their hand and let it dangle while holding the hand. There is a gentle shaking of the arm by moving my hand – not unlike something from Alexander Technique. When I feel it is flaccid then I place it on my outstretch forearm so that it is completely supported – like it was being carried on a tray. Now I breath out and move to the ground and let my outstretch forearm move with me then releasing the arm. My partner starts to move but then I notice that their arm is stationary in mid-air. I say to them – how is it that your arm does not fall to the ground, surely you must be holding it? They look at me in puzzlement, and we try the exercise again.

Weight of the head

We work with a partner using a tango practice embrace: we face our partner and one walks forward – leading, and the other backward -following. There is the linking of the arms with the hands reaching the elbows. We study walking with a partner: finding connectedness and intention; and using the idea of falling as we walk.

We continue with the tango embrace: now the leader must step on the foot of the follower as they advance with the first step. The idea is the leader’s upper body moves forward showing intention. The follower leans back – there is falling caused by the intention of the leader – it’s a non-resistance practice.

We have a feedback session and Bruno repeatedly explains the concepts. Clearly, people are confused and the repeated explanation doesn’t help with the sense of frustration. Partly, it’s because people are expecting something akin to magic – but actually it’s very simple – there’s release and the body falls with gravity. Standing is an actually an active process of staying up but we don’t notice it. Perhaps think of it like a dance – leading and following: initiating by the leader, releasing and falling in the follower? Bruno says that this (confusion) always happens at this stage of the course. Why doesn’t he change the course?

In the afternoon, we work with fighting sticks – wooden poles which are about 1.2 meters in length. It’s similar to a Jō as used in some martial arts like aikido. It’s also the typical length of a broom handle …

Holding the stick then we can push it forward in a trusting or stabbing motion – or like using a snooker cue if you prefer.  All of the movements which we practice with the sticks are very slow, and there’s little likelihood of harm through impact. I reflect that the sticks are a strong visual element – lines moving in space.

The response of the receiver or defendant to the ‘attack’ by the stick is to move to the side – using the minimum of movement. It’s similar to the practice on Tuesday where we had to avoid people walking into us by moving to the side or turning.

We also use the stick in a slicing or chopping motion, lifting it above our head and then bringing it down. Similar, we swing it horizontally and practice all three movments and avoidance: vertical and horizontal slicing; and stabbing or poking with the stick.

Bruno shows how the stick can be used as a release device. When it is bought slowly to the neck – between the neck and the collar bone (the trapezius or trapezoid) – and then the receiver releases and falls. Once again, it’s non-resistance practice rather than impact which causes the fall. The posture of the ‘attacker’ or leader is to use the core rather than simply the arms – it’s not like swinging a bat! Adopt a slight squat (feet apart with knees bent) and then move down with the stick – from the core – that’s the technique.

We put the sticks aside and then practice by using a forearm in its place. Our partner releases and goes to the ground with the forearm in place. I practice with a couple of different people.

One of them is confused but follows the practice. The other seems convinced that the partner receiving the forearm should rock on to their heels – destabilised – and then go to the ground. But he tries this with Bruno and then changes his view: it’s not a question of introducing instability in our partner. I try the exercise with a women who falls but she only steps back rather than going to the ground. Is it because she doesn’t want to fall?

This practice with the forearm rather than the stick fails to instil learning and re-enforcement; and there’s a lot of confusion and befuddlement.

As if to relieve us of the confusion and bewilderment which have descended upon the group, there’s a jam. We practice what we have learnt so far. I look upon the dancing and I can see capoeira like movements and some from contact too; these are combined with our learning play-fighting. The day ends.

See the next day of the Play-fight Intensive (day 4)

See the previous day of the Play-fight Intensive (day 2)