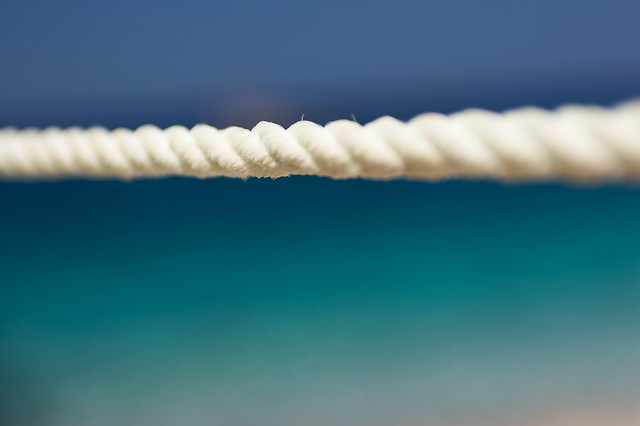 At the class of London Contact Improvisation on Saturday 15 June, Maga Radlowska – Judd explored the theme of ‘Awaken ‘ninjas’. The use of rope as a teaching aid added another to my list of them used in classes for contact improvisation.

Initially, Maga draws the class together in a huddle, asking people to stand almost touching each other. We move a little and bump about becoming comfortable with bodies in close proximity.

The idea of moving and pushing on the shoulders while we move back and forth on our feet is introduced. The dense group expands to be interacting and flowing. There is a particular way to come into contact with each other by sliding and pushing: avoiding impacts. Not lingering. We practice with a single partner and then as a group exercise.

Awaken ‘ninjas’
This meeting will be exploring and awakening the ninjas inside us! The word ninja derives from the Japanese characters “nin” and “ja.” “Nin” initially meant “persevere” , and “ja” is the combining form of sha, meaning “person.”
We will explore ideas in CI of silence, perseverance, breath, ‘3D qualities’ and CI technique.

The ropes which we’re to use are introduced: no more then 3 meters long and less then the diameter of a finger.

We work in trios with two holding the rope tautly between them and the other person the ‘dancer’. As the rope – which forms a line in space – is moved towards them, and they are to avoid touching the rope. They can change levels – crouching, using floorwork – to avoid the touch. It’s especially tempting to use the floor – sliding under the rope but stepping over it is also possible!

Another rule is introduced whereby the rope must not be bought into contact with the dancer by the movement of the rope holders. Thus slowing and challenging the rope rather then simply avoiding it, adds another dimension to the movement. Super slow motion becomes possible. We change the roles between the three of us. The taught line could almost be a stick or pole which reminds me of the poles we used in the Garden Dance at Oxford Contact Dance in 2018.

We’ve been holding the rope between two people and tightly. Now we try again but this time the rope is held so that it’s loose and slack. It’s more of an arch in space now rather than a line. Similar to a skipping rope held between two people.

One again, avoid the rope. The dip in the rope tend to either push the dancer to the side, near the people holding the rope or to the centre where the centre is closest to the floor. We swap the roles and move to another variant.

This time we repeat the exercise, and now we can contact the person holding the rope. The exercise seems to almost encourage going to the rope holder – move into them, it says to me. There’s space right beside them, slide and roll around. I also offer my shoulder to one of the rope carriers, and I am able to lift them onto my shoulder and carry them. What fun!

Finally, we dispense with the rope and simply dance as a quartet but maintaining the relations between the dancers as if they had to rope. We can link hands and balance or simply use this hold to keep contact. It’s jamming, and we continue until the end of the class.

In the feedback slot at the end, one person says they felt that they lack contact technique and this made it difficult. It’s true that the experienced dancers are more confident. But this is a drop-in class and it’s mixed in people’s previous dance experience. But people pick it up after attending repeatedly. It’s like a piece of string: you can start anywhere but eventually you’ll have covered it all!