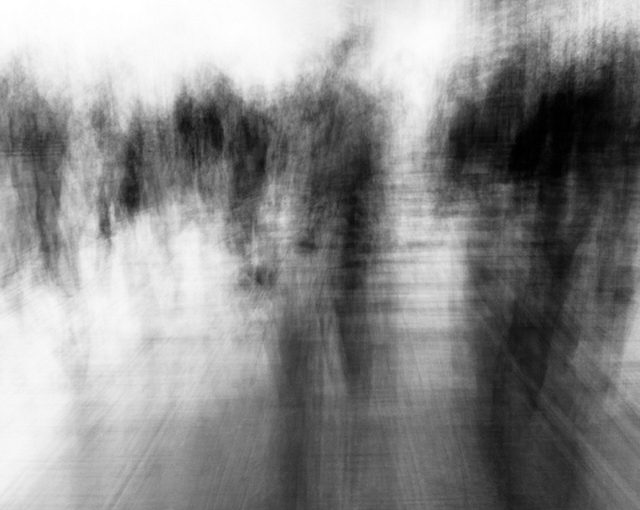 At London Contact improvisation on 5 & 12 May 2018, Rick Nodine taught classes for contact improvisation. We examined bringing new qualities into our movement and widening our attention beyond the contact point between dancing bodies.

In an improvised dance, how do you add variety and extend the vocabulary? Rick Nodine suggested a number of ways which we studied in this class: repeatedly pausing our dancing and waiting; dancing as if in slow motion (‘slow mo’); and changing the speed of movement or motion.

When film-maker Gabriela Tropia produced a feature about a dance session for contact improvisation  (a ‘jam’) at The Place (London School of Contemporary Dance) then she also used these techniques in her ‘motion picture’ of it: literally slowing down or speeding-up the dancing motion which she’d filmed; adding variety and focus to the composition of the film – and the dancing too.

In this exercise, we work in twos with one of them dancing solo and the other looking-on and observing. The on-looker counts to eight while the other solos. Initially, it’s that simple: dance to a count of eight. Then we add something: on the count of seven then a peripheral part of the dancing body is moved. The head, an arm, a foot or something similar is moved. Finally, we add one further item which is to look – make eye contact – with the observer when they start the count. We swap the roles of the on-looker/counter and the dancer so we both dance.

We repeat the above exercise but this time in a trio, and instead of solo-ing we dance contact with another person – a duet – and the third person looks-on and takes the role of the observer and counter. The whole class counts in unison as we perform the exercise.

Rick never reference the term ‘score’ in his class but this is the tool which we use in these exercises. He says that we are often obsessed with the point of contact, and that it takes all our attention. So these exercises shift our attention outward, and towards the onlookers or audience.

Now the class looks like this: lots of people working in groups or ‘stations’,  spread across the hall space with each group consisting of three people – a trio – two of them dancing contact in a duet with the third looking-on, as described above.

For this exercise, the onlooker calls the name of a dancer in the duet and they must look at them. It can be either of the dancer’s name, and we swap round at the end of the exercise so that everyone tries the differing roles. I found it tempting to continually look-out from the dancing to the observer!

For the final exercise, the onlooker can move between the stations and call the name of one of the dancers thus allowing them to dance in the duet while the named person then becomes the observer:  they can stay with that station or move to another. This exercise introduces mobility between the stations; and people can hop between them. There is an increasing fluidity to the structure of the class as people move in and out of dancing and between stations too. The hall is filled with a cacophony of names being called out.

Initially, while the spatial organisation of the stations is ad hoc, they adhere to the dancing protocol of calling and moving in and out of dance. Soon that order starts to dissolve as people move between the stations and more than one person on-looks a dancing duet. Order becomes diffuse.