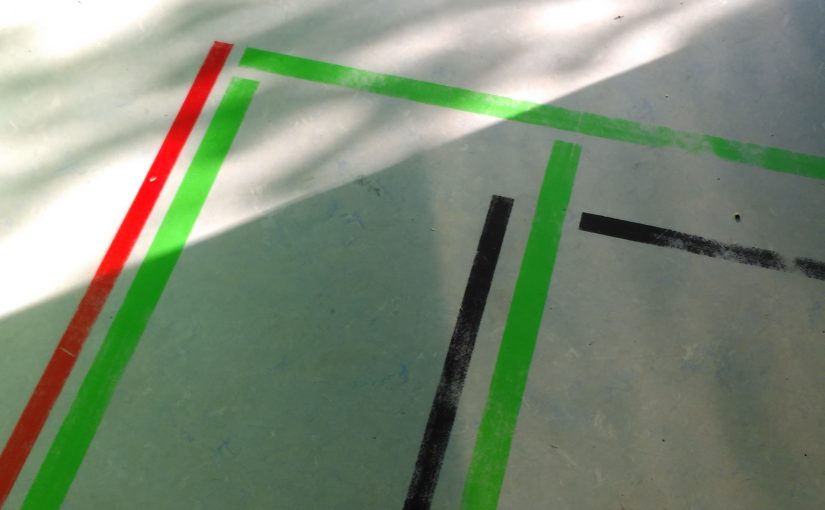 This summer, I attended the Freiburg Contact Festival in southern Germany. The festival is now in its twentieth year. The dancing and dancers are well documented by dedicated photographers. But the place, its light, and its buildings where equally of interest and less explored.

Freiburg in Germany lies near the border of France and Switzerland. The Contact Festival is held in sports halls and associated buildings situated in the west of the city at the Wentzinger-Gymnasium.

A lake and parkland nearby create a hinterland with associated features, a pontoon bridge and buildings. A lookout tower allows you to survey the scene around.

In the sports halls, temporary spaces are demarcated – for sleeping in a dormitory, and areas for the storage of shoes and the like. Seating outside forms a communal area for meals to be eaten, meeting and resting. Periodically, these spaces are filled, and emptied as the process of living and dancing moves through the morning, evening and night.

The buildings are ‘cameras’ into which light enters from high windows: diffuse, reflected and coloured by surfaces.

While at Freiburg 2019, I also kept a dance diary which I made into a scrapbook.

Patrick Beelaert was one of the photographers at Freiburg 2019 and he has a great album of photos on Flickr which show people dancing.