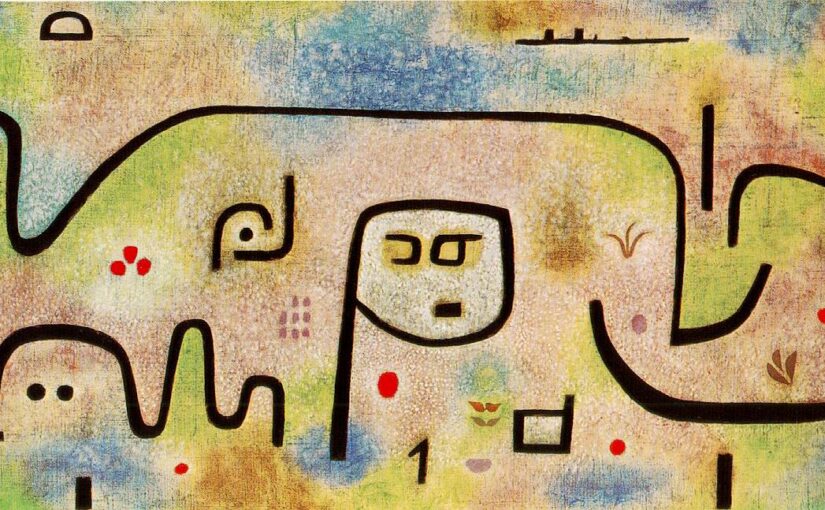 In choreographing a movement of the contact point, we’re simply making it reproducible. We might improvise in our mark-making to begin but we can come to a path which is repeatedly followed.

For example, an Aikido roll is a choreographed movement, and indeed there is a path for a contact point drawn over the body: from the hand striking the ground, the point of contact (the floor) moves down the arm, across the shoulder, and finally diagonally across the back to the pelvis. Then a foot strikes the ground to allow an exit from the movement.

The Aikido roll creates a wheel – with a movement like it – around and rolling. But in terms of the contact point with the body, there is simply a straight line drawn on it. It’s the circular shape of the body which makes the line over it into one around the circumference of a circle. Hence the path is circular but the drawn line is straight.

The exercise presented here, is often used in classes for contact improvisation. It’s easier to perform than the Aikido roll!

Sit on the floor with your hands out in front of you as if holding a large beach ball. The hands and arms form a circular shape. Initially, move your eyes to one side, and then your head, allowing it and your body to fall to that side too. Slide your hand out along the floor, reaching and extending, allowing the side of the hand – the little finger side to show the direction of travel. The point of contact with the floor, travels up the arm and from one shoulder to the other, across the back, and then down the other arm.

However, when you do this movement – little finger, hand, arm, shoulder, back, and then back, shoulder, arm, hand, little finger – then keep some firmness in your posture. There is flexibility too, because this allows you to roll the point of contact. There is enough of the ‘beach ball’ stance to allow the energy or motion from going down to the floor, to be returned so that you become upright again. Your legs also act as counter-weights too. It’s like one of those children’s toys – a figure which you can push over but they always return to being upright. Usually, these have an egg shape body and a weighted bottom!

It’s great to use Paul Klee’s words as inspiration. I also used the painting of another artist – Kandinsky, as a point of departure in the Garden Dance (2018).